The residents of Kathmandu woke up to the stunning sight of snow-capped Mt Everest, a sight that is seen after several decades, thanks to the nationwide Coronavirus lockdown. Every now and then during this lockdown, we keep reading and seeing stories of nature taking over as humans are forced to stay inside their homes. The recent example of nature healing itself was witnessed in capital city Kathmandu, when Mt Everest was witnessed for the “first time in many years”.

A newspaper Nepali Times shared several gorgeous pictures of the Everest on its Twitter handle that went viral on various social media platforms in no time. These stunning pictures were taken earlier this week from the Chobar village in Kathmandu Valley during dusk by a resident named Abhushan Gautam.

“The COVID-19 Lockdown has cleaned the air over Nepal and northern India. So much so that for the first time in many years, Mt Everest can be seen again from Kathmandu Valley even though it is 200km away.”

The #COVID19Lockdown has cleaned the air over #Nepal and northern #India. So much so that for the first time in many years, Mt #Everest can be seen again from #Kathmandu Valley even though it is 200km away. 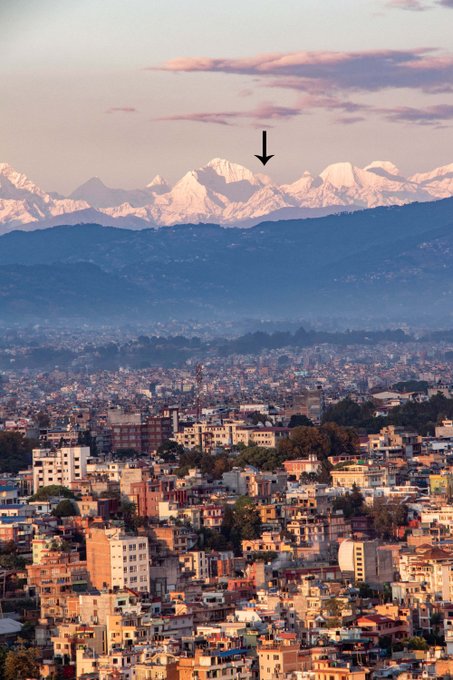 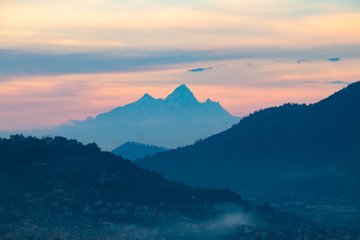 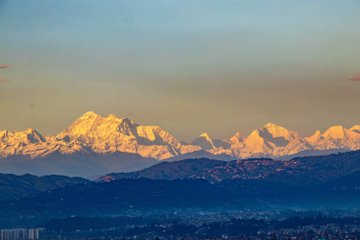 429 people are talking about this

The sight of Mt Everest, covered in white snow is truly spectacular. Before Kathmandu, some Indian states too were lucky enough to witness the mighty Himalayas. Infact, the mighty mountain used to be visible from the said places decades back before it gradually disappeared behind the thick blanket of pollution. However, the pandemic caused the lockdown, which helped and healed nature like never before which was the only silver lining in this whole situation.

Now that COVID-19 outbreak has brought the entire human race to a standstill, nature has had enough time to heal itself and pollution levels across the globe went down tremendously.

A few days back, the city of Jalandhar in Punjab was surprised when residents woke up to the stunning sight of the Dhauladhar mountains in Himachal Pradesh. Soon after, the snow-capped Himalayan peaks were visible from Saharanpur in Uttar Pradesh and Mt Everest from the rooftops of houses in Singhwahini village of Sitamarhi district in Bihar.

On World AIDS Day, AHF Urges Everyone to Keep Fighting “The Other Pandemic”

The many benefits of drinking hot water

Locust can revisit Nepal after 70 years