Scorching 40C temperatures would mark the hottest weather ever recorded in the UK.

The Met Office warned of an “exceptional hot spell on Monday and Tuesday leading to widespread impacts on people and infrastructure”.

Grahame Madge, Met Office spokesman, said: “We’ve just issued a red warning for extreme heat for Monday and Tuesday which is the first such warning ever issued.

“The warning covers an area from London up to Manchester and then up to the Vale of York. This is potentially a very serious situation.”

Forecasters expect the capital to hit 38C or 39C on Monday or Tuesday, with the potential of a 40C afternoon peak.

England’s chief medical officer, Professor Sir Chris Whitty, asked people on Twitter to look out for each other.

He said: “The Met Office has issued an extreme heat warning for next week. Please remember the signs of heat exhaustion and heatstroke especially for older and medically vulnerable people. Early intervention to cool people down and rehydrate them can be lifesaving.”

Mayor Sadiq Khan said London Resilience officials, including 999 services, were meeting regularly and on standby in case the Government declared a “level four” emergency, which would lead to help being co-ordinated centrally.

Passengers were advised to avoid travel at the hottest times – typically between 11am and 3pm. Drivers were urged not to make “unnecessary car journeys” or allow engines to idle to prevent worsening pollution levels.

London Ambulance Service is already at the highest alert level and is under “extreme pressure”, with non-life threatening calls being downgraded. Londoners were today told to only call 999 in a “genuine emergency”. 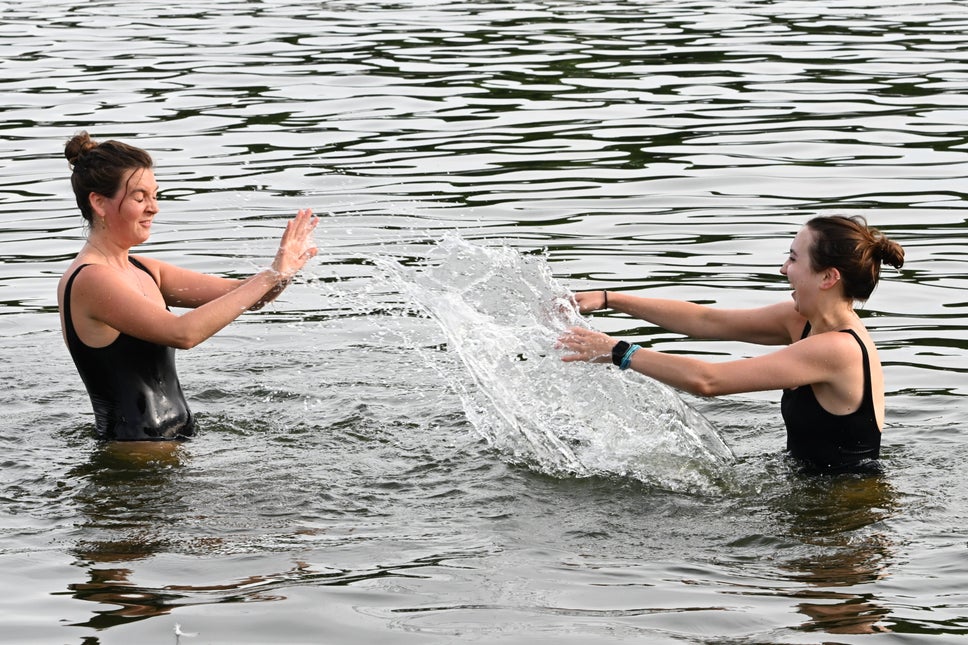 An amber weather warning is already in place for Greater London, with the Met Office warning of “widespread impacts on people and infrastructure”.

This includes “potential serious illness or danger to life” – and not just limited to people with underlying health conditions.

BBC weatherman Matt Taylor said forecasts of 40C – and 25C at night – was “not normal”.

He said: “We could see our first 40C day. It’s increasingly likely we will break national temperature records across the country as we go through to the start of next week – an exceptional heatwave.

“Our houses, our infrastructure, are not built for temperatures like that. It can have a significant impact on your health, not just in the vulnerable.

“We have seen hot spells in the past. But out of the 10 hottest days in the UK, seven have been since 2003. Our climate is warming.”

The extreme heat is likely to start on Sunday morning and continue until the end of Tuesday. Road closures and delays and last-minute cancellations to trains and air travel are likely.

Dr Yvonne Young, London regional lead for health protection at the UK Health Security Agency, said: “We want everyone to be able to enjoy the hot weather safely but the extreme temperatures that are forecast for the city in the coming days can have significant health consequences for some.

“When the heat rises, it can lead to an increase in illness and deaths with people being at risk of heat exhaustion and heatstroke.

“I would urge Londoners to check on vulnerable family, friends and neighbours including older people, children and people with heart and lung conditions.”

Mr Khan said: “All of the capital’s key agencies and emergency services are working closely together to ensure London is prepared for the extreme heat that is forecast, but it’s vital that we all take sensible precautions.

“I encourage Londoners to stay out of the sun, drink plenty of water, look out for the most vulnerable and support our emergency services by only calling 999 in a genuine emergency.”

Retailers have reported increased sales of paddling pools and fans. Tesco expects to sell more than nine million ice creams and lollies in the coming week.

Tesco said it had sold 14 times more paddling pools over the past week than the week before, while sales of inflatable sprinklers and water games had increased by 1,568 per cent.

John Lewis reported sales of fans were up 256 per cent on last year, while blackout curtains were up 193 per cent. Waitrose said sales of sun care products had soared by 220 per cent.https://www.standard.co.uk/

Money found, source is not found